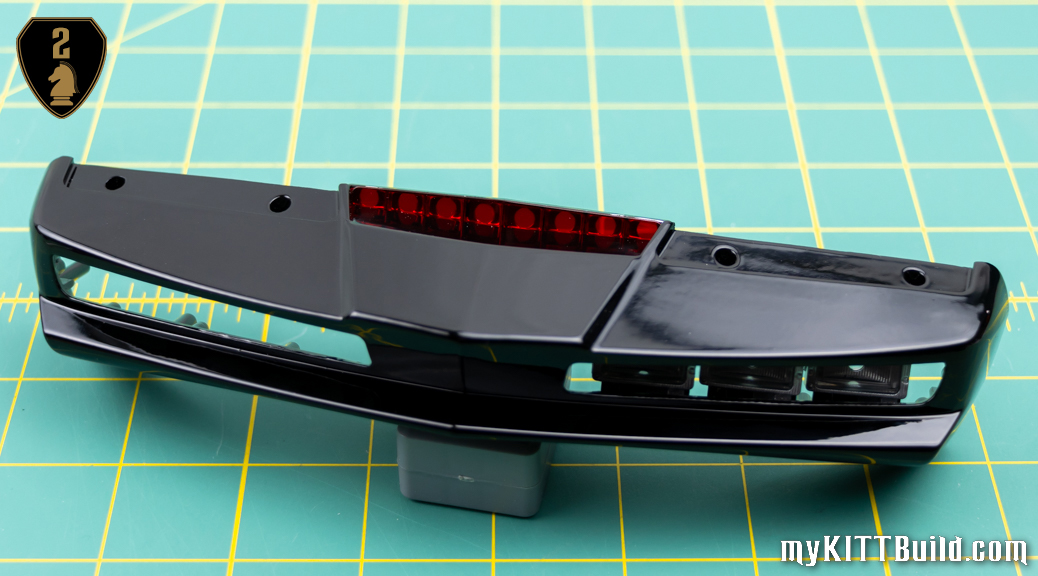 Return to the BUILD

“In this issue, you mount the scanner lens and base in the front bumper, and fix three lights on the left side.“ 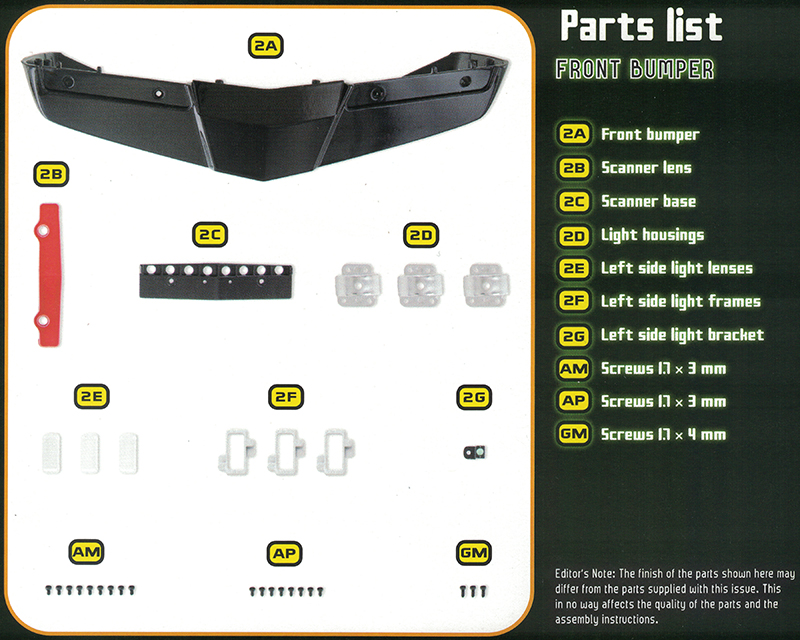 Materials: The Front Bumper is metal, but the rest of these parts are plastic. 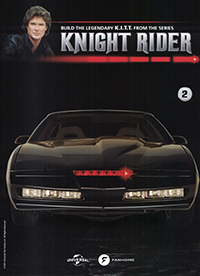 Fit the Left Side Light Bracket to the inside left (driver’s side) of the Front Bumper, and then secure it into place with one (1) AM screw.

Once again, I am using a soft cloth under the Front Bumper to protect the exterior paint. This is also your friendly reminder to try using 3-in-One Oil on all screws going into metal: 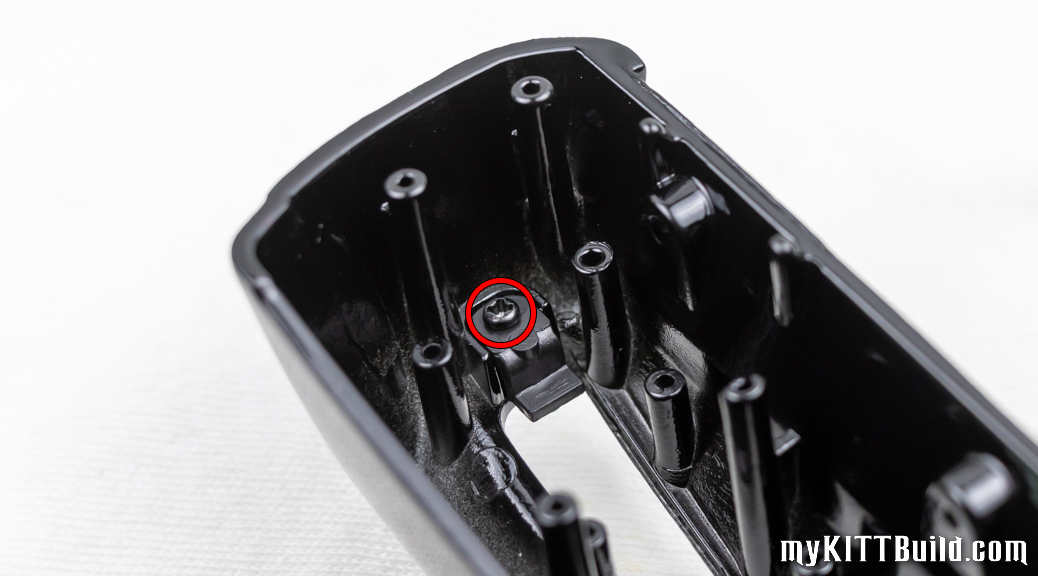 The small green dot on this part is a pedestrian sensor that was likely present on the K.I.T.T. vehicle that Fanhome scanned in order to create this model. It was not actually present on the real TV cars, so I have removed it on my model: 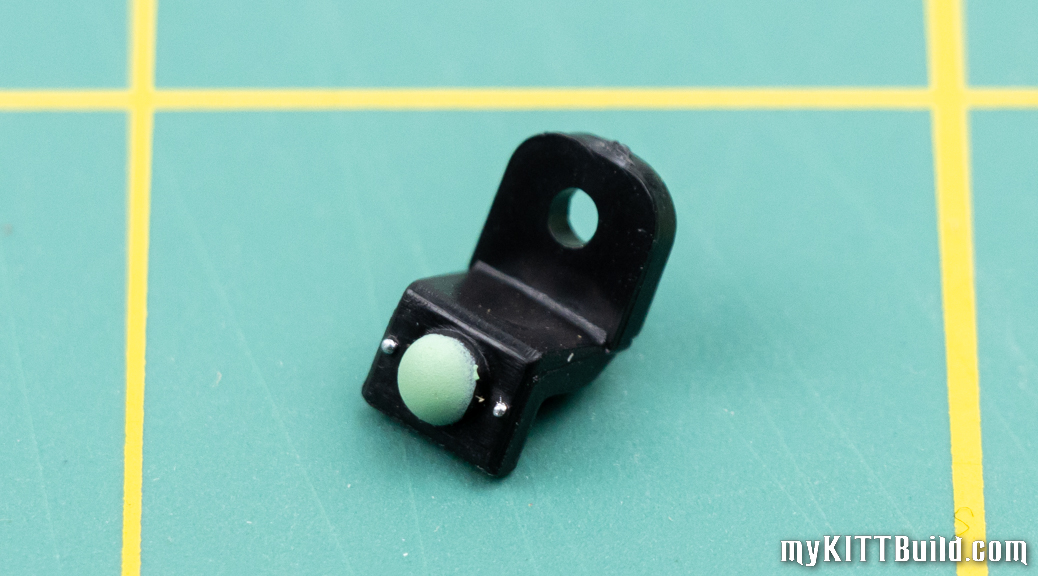 The large raised centers of the Lenses should go through the frames so the Lens edges sit in the recesses on either side of each frame, as shown: 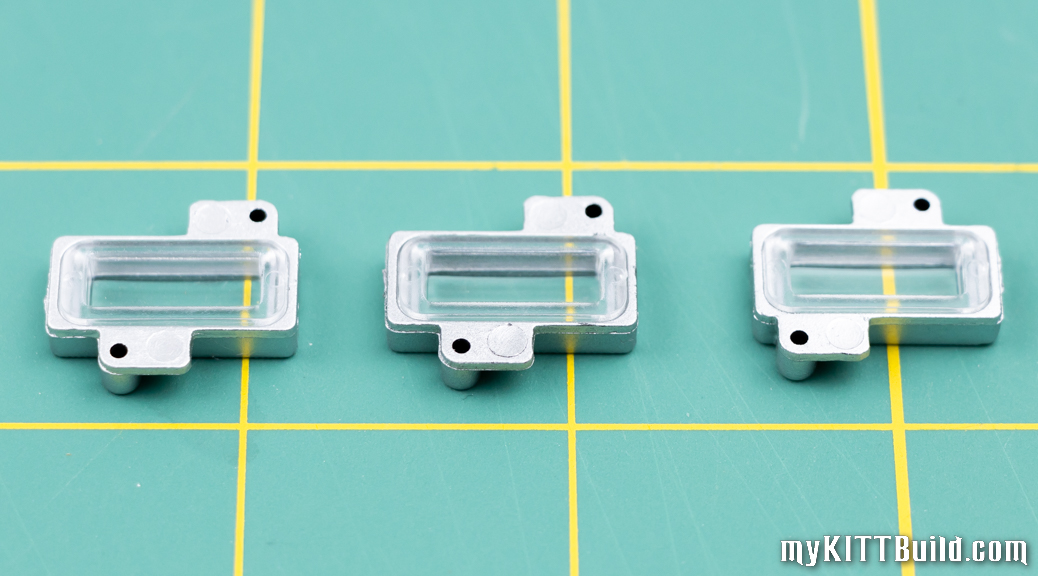 Fit a Light Housing to the rear of each Left Side Light Frame as shown.

If the screw holes do not line up, turn your Light Housing around. Each assembly should look like this: 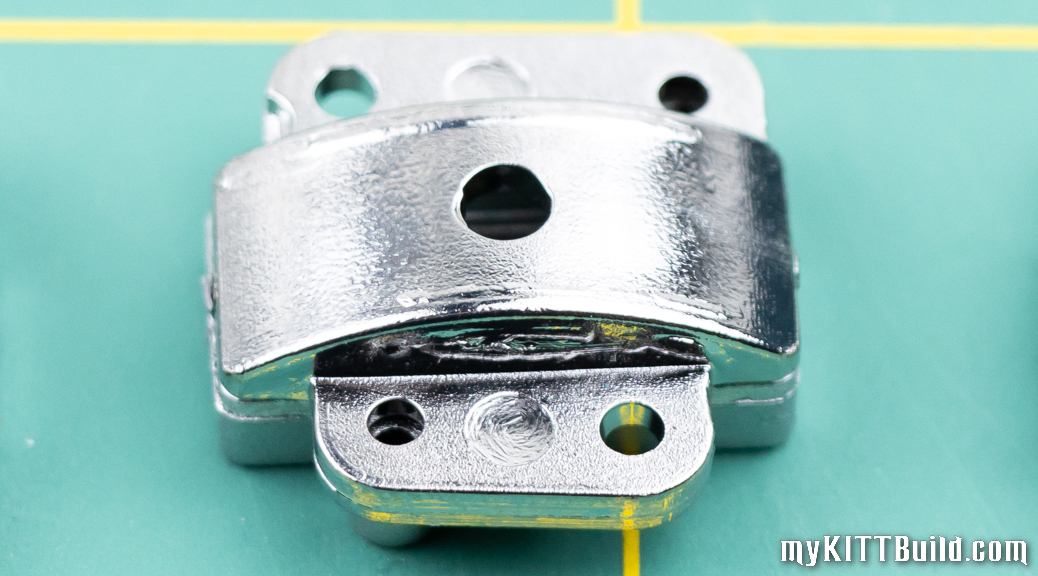 Secure these three Light Housing assemblies together with six (6) AP screws into the smaller holes, two screws in each: 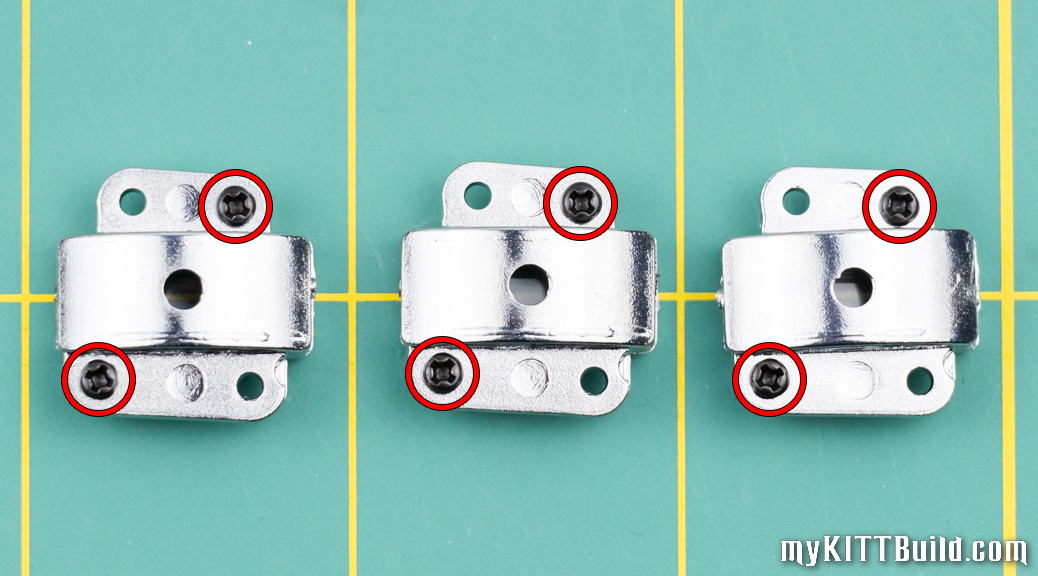 Fit one of your Light Housing assemblies into the inside left of the Front Bumper. Each Light Housing will align over two pins, as shown.

When fitting these Light Housing assemblies, make sure the smaller ‘tab’ is at the top: 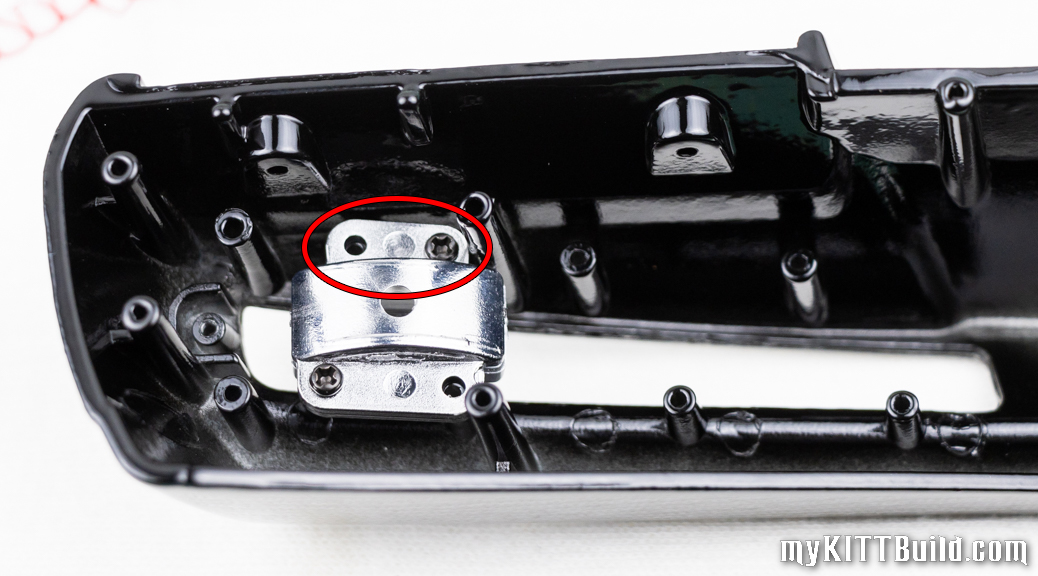 Secure this Light Housing into place with two (2) AM screws: 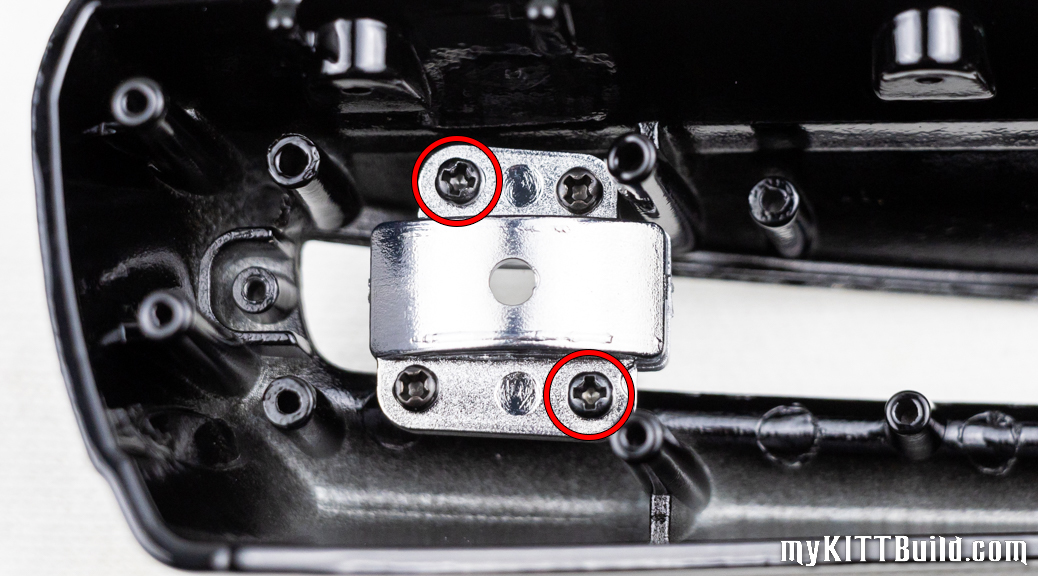 Repeat the previous step to secure the other Light Housings into the Front Bumper with four (4) more AM screws, two screws in each: 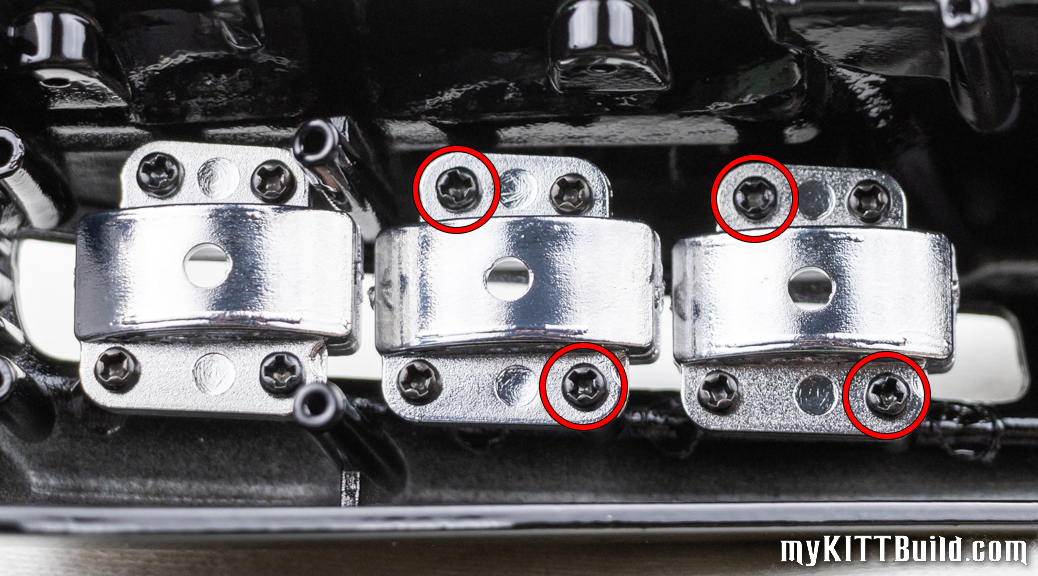 This is what our installed Light Housings (Fog Lights) look like from the front: 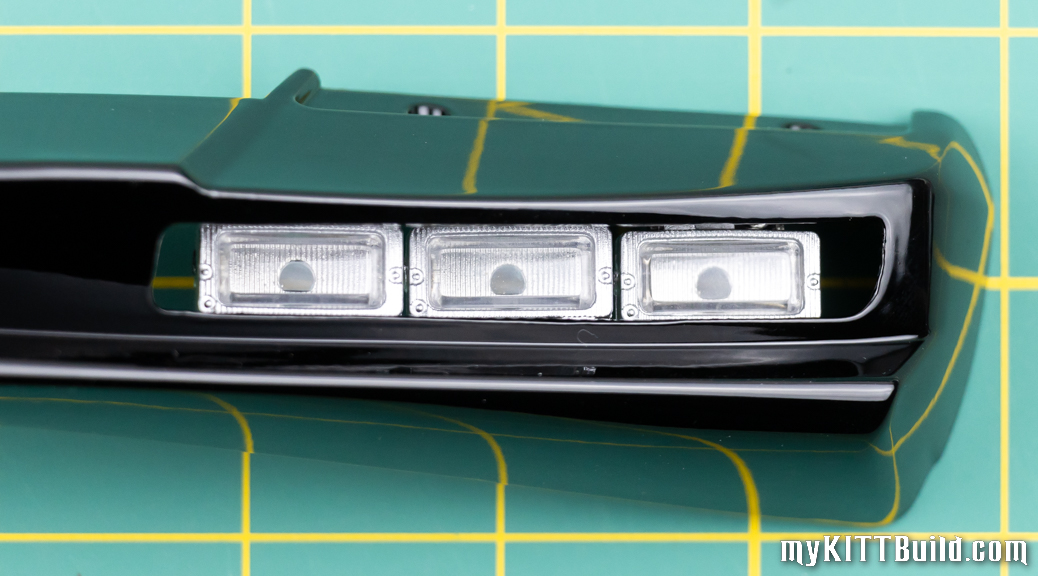 Fit the Scanner Lens over these two posts at the top rear of the Front Bumper, as shown.

Fun Fact: Glen A. Larson, the creator of Knight Rider, also created the original Battlestar Galactica television series. He liked the red scanning effect of the Cylons in that series so much, a similar effect was used for K.I.T.T.. However, he did add that the two shows are not related in any way. 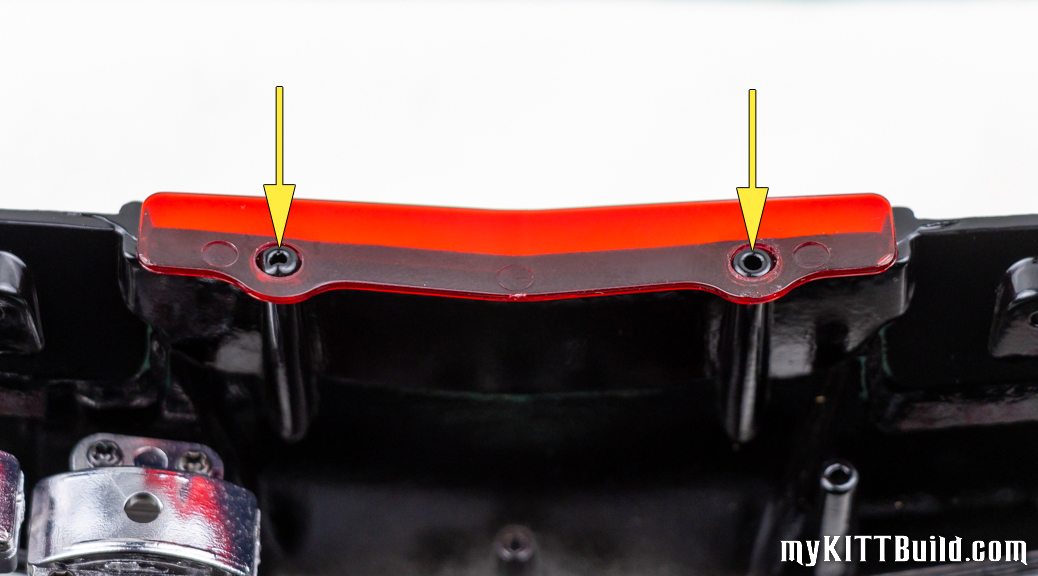 We will eventually install an LED circuit board behind this Scanner Base to light the scanner segments and create the iconic sweeping movement. To make these segments look more like the original reflectors, I used my Molotow Liquid Chrome pen to add a nice reflective surface inside each segment: 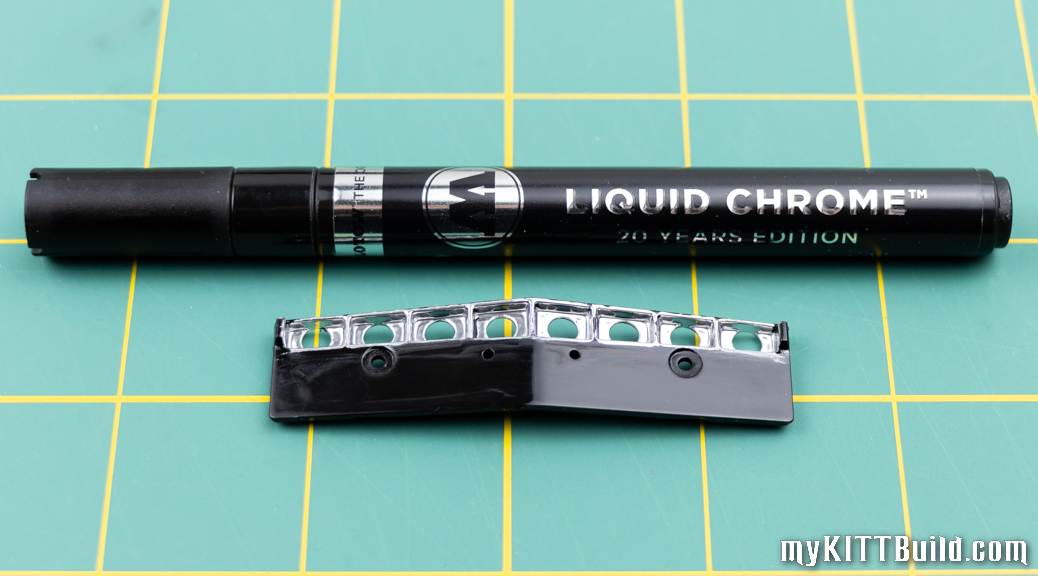 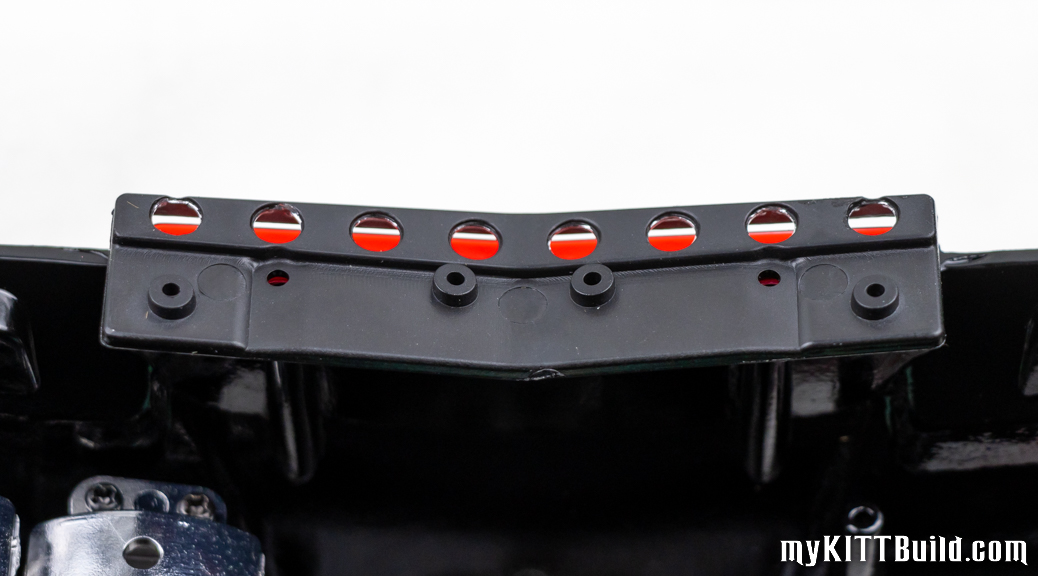 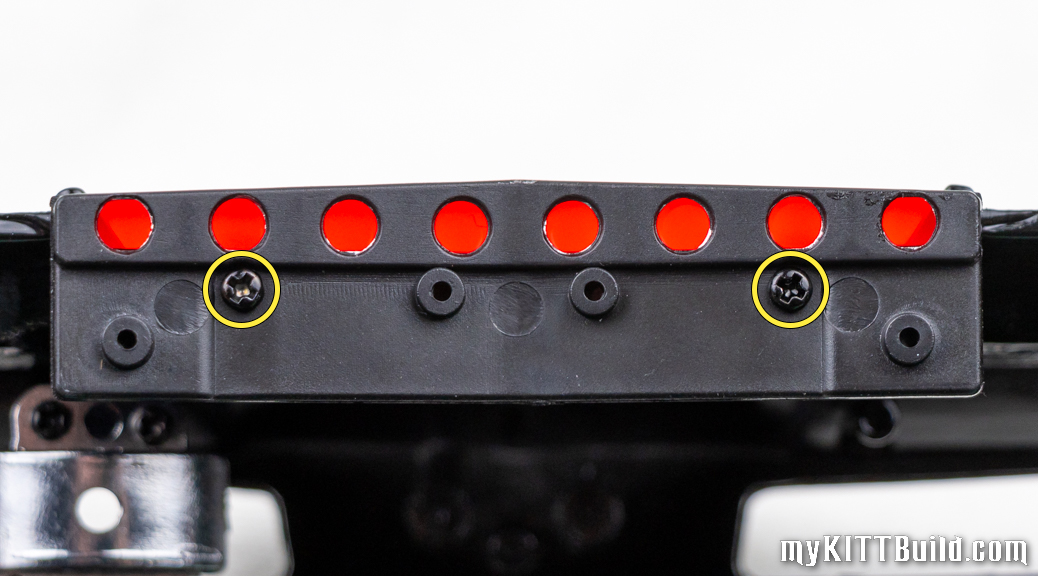 After I completed this stage, I came back and installed the Metal Front Bumper Grilles from Mike Lane: 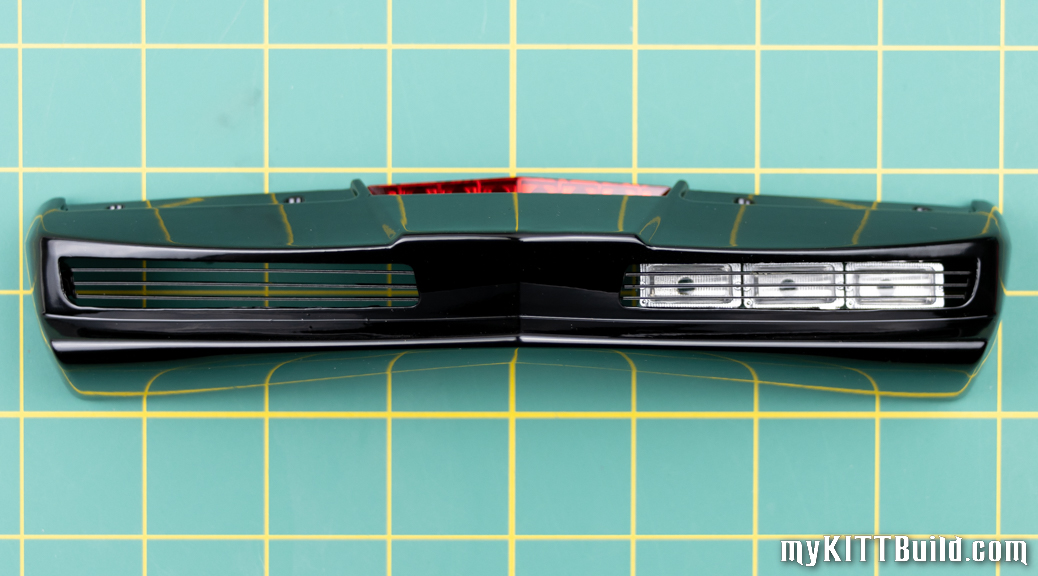 Again, I am very happy with the shiny black paint of this Front Bumper! While we only installed the left-side fog lights into it, keep this assembly stored someplace safe for now. We will install the scanner LEDs in Stage 5, but the right-side fog lights will not arrive until Stage 81.

This site uses Akismet to reduce spam. Learn how your comment data is processed.